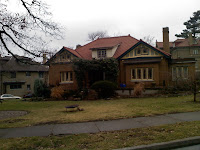 In my dream I am passing the ball to my buddy Andy Elkus ...or Matt"Boomsy" Bloomfield as one of them shoots a three pointer from the farther reaches of the Bloomfield-Elkus shared driveways in our teen years.
Our team wins a three on three game and we all celebrate before we go in   to someone's house to raid the refrigerator.Or we play a rematch. The best of times and the worst of times were competing on the fields of play in my North Avondale. Man I miss those carefree days and they miss me right back.
At  an earlier  age(10 or 11) I remember being very competitive. Whether it was shooting hoops with  my big brother Dave or all my boyhood friends in North Avondale at the Elkus house or at the JCC ,playing some other sport with a  ball in the lot next to Stevie Brown's house or on the tennis courts of my youth. Being handed a ball with or without a  racket at first  was an incentive to not only have fun with my friends but a great way to get exercise and release the stress of a tough day at school. Some where along the way around 5th grade I think the focus was on winning as opposed to just the joy of playing the sport. That took many years to re-capture.I also looked up to my cousin Josh who was an all state football player,world class wrestler and a guy who always competed with class and sportsmanship as did my brother a Division 1 college tennis player at Georgetown.
Two great role models.
My expectations had been raised in tennis at age 10 when I reached the quarterfinals of the Cincinnati Center Tennis Championships.
It was all downhill from there.
For a long stretch of time after that every time on the field of battle be it hoops,baseball,soccer,street hockey,table tennis or real tennis the goal was to win.
It was not pretty when I did lose..... just ask my friends or my big sister Jeanne.
Jeanne was a good athlete and consistent tennis player but not born with the competitive gene that my brother and me inherited from our parents.
After getting to the final eight at the Center tournament I was handily beaten by my sister at our club and I remember the court,the weather conditions,the clothes I wore that day.
Ask my sister what she remembers and it will most likely be my poor behavior on the court.
Tantrum is not a word I like to hear to this day. As a father and tennis coach  I have witnessed my share of meltdowns over the years. Is this my payback?
As a veteran tournament director I have seen  over the top behavior from kids,coaches and parents.
Changing scores ,bad line calls,illegal coaching and many instances of players attempting to win at all costs.
Many people will look the other way.It is not in my DNA to take that approach.
Recently I witnessed my son playing air hockey and pool at our house against one of his young friends.
The other boy began to cheat and  rather  than stepping in I let him work it out on his own.
In the semi-final match of a tennis tournament back in my youth my Dad  witnessed a boy attempt to cheat me.  I was winning by such a wide margin that it didn't really bother me.I was kind of  surprised that Dad stepped in to defend me.I love my Dad and know he was looking out for me.
My son let the boy continue his practice.In spite of the open cheating my boy came back to win the game to five  until his friend proposed extending the game to  ten  to  give him a further chance of winning(reminded me of myself in my youth)after my boy got to ten the other boy proposed they play to fifteen at which point I became my Dad and walked up to the table and told the boys the game was over.
The next day I asked my son about his friends behavior the day before.He blew me away with his answer,
"my friend gets upset when he is losing so I figured Dad that I would let him cheat because I didn't want to see him get upset." My son is a better man than me.
I would probably still be at the table months later debating......well  loudly debating  the tactics used against me.
There would have been no game extensions to ten or fifteen.
Re-matches? Yes.Always a rematch....and another.
Living in New York City taught me to fight harder for everything,to stand my ground and to be true to myself.
I learned the art of teamwork on the back streets of Cincinnati.In New York I learned to get on and off  a subway without getting manhandled.
In Cincinnati I  learned to set a pick and love a friend like a brother.In New York I learned that true friends are few and far between so treasure them.
In Cincinnati I learned that cheating is wrong and if you  get caught that there are consequences so don't do it.
In New York I learned that just because there are many more people in the dog eat dog big city it doesn't mean everyone lies and cheats.Even in politics!
I also learned that whether it be  on the hoops court with Andy Elkus and his big  brother Roger or on the tennis court with Josh Harkavy  the best lesson I ever learned about competing was given to me by a nine year old boy with the same last name as my own  who loves Baseball and many other games and smiles with sheer joy every time he is on the field whether  practicing or in a real game.
Let us all experience that joy in every sport we "play".

Photos from my archives or DoctorDave.smugmug.com  my big bro Dave in photo above with cousin Josh
the world's greatest personal trainer.....really!
http://fitness-inspiration.com/        is Josh Salzman
http://www.rappingprofessor.com/   aka Boomsy

Posted by Island Of Weiland at 9:34 PM