Shaps, Fredo, and our Baseball family 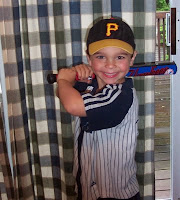 "You can't go back home to your family, back home to your childhood, ... back home to a young man's dreams of glory and of fame ..."
It is truly a long way and I have hit a million tennis balls and a few thousand baseballs since leaving Columbus, Ohio in 1983. Also started a family with a great woman that led me back to Ohio.
During my time at The Ohio State University I was a member of Sigma Alpha Mu fraternity. My maternal grandfather Roy founded the chapter in 1920 I believe.

During my time at OSU I also worked as a page at the Ohio Senate for Stanley Aronoff who at the time was the Majority Whip in the Senate. He later became Senate President.
I lived in a vacuum between school, fraternity and the Senate. Then I got a girlfriend and that was basically all that was in my world.
I had played tennis in high school but it took a back seat at OSU as did the other sports that I used to play.
Especially baseball. Which currently is one of my top 2 sports to focus on every day.
Little known to me was that one of the younger members of my fraternity was quite an accomplished baseball player.
Gary Shapiro was two years younger than me.
I was friendly with the younger guys but by my Junior year I was living outside the house and only at social events and not in the frat on a daily basis. Gary starred at Gahanna High School and made the OSU squad as a walk on.
During the time after I moved out of Ohio was when  Gary had become sick and within a few years had died from cancer. I didn't know this until I noticed a picture of him on Facebook and a caption that listed him as deceased. That was where the story paused until my family moved to Columbus, Ohio in 2013.
My son had joined the Ron Golden Baseball Academy in the fall and his instructor was a very well respected local coach named Mick Shapiro from Bexley, Ohio the town where we live.
After about four or five weeks Mick mentioned that he was in a fraternity when he played baseball at the University of Cincinnati. It was the same one he said that his brother had joined at OSU.
Eventually we pieced together that Gary was his older brother. All the Shapiro boys were baseball players. Including brother Rick who also lives in Bexley. We also all share a love for the New York Yankees.
The Columbus Clippers were their AAA team for many years. Their dad Bob was a Yankee fan before they lived in Columbus when the family was in Chicago.
Mick has said to me since discovering our connection that Gary was one of the most talented ball players that he had ever seen.
Some might say that a younger brother sees an older sibling as infallable. Some might say because Gary passed away that Mick is being sentimental.
If you know Mick one of the first things that you will realize is that he is a very positive person. You will also know that he is brutally honest and has a keen eye for baseball talent. He could have been an MLB scout.
Gary had the five tools.
Cancer took those away.
I always see that in sports we are part of a bigger family.
In the tennis world sometimes we may disagree but we look to the sport collectively to better ourselves and enrich our lives.
The same can be said for baseball.
The sport is so much a part of our national culture.
It defines us as a country and gives many of us hope that tomorrow, next week, next year we may emerge from a blustery winter as champions.
One hundred and sixty two games start as a little leaguer on a T-ball field somewhere in America.
We spend hours on a field and in a batting cage to hone our craft.
I am lucky to have re-connected with the Shapiro family and see where this baseball journey will take us together.
My only regret is that Gary is not with us.
But when we take the field or hit the cage he is there in spirit and we will honor him with every swing.
Every throw. Every win...... and even every loss. 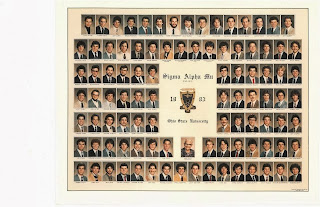